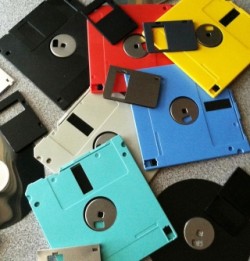 But sometimes that’s what you gotta do!

I read an interesting article about Mobile Security Tips over at mobileoffice.about.com

Backups are like insurance—while you don’t want to ever have to need it, you’d be glad to have it in an emergency. So, especially before taking your mobile devices on the road, it’s vital to make a backup.

I say backups are critical for all your digital equipment…
not just phones, but laptops, tablets, and desk top computers.

If you’re going a way for a while, back up important stuff from your desk top machine someplace else.  Theft, fire, who knows?

I had an external hard drive that saved everything. When I went away, I’d hide it someplace other than my office.

No one ever broke in (Knock wood!) or stole it.

But then the darn thing died. Quietly and without warning.  It was a ClickFree device.  I don’t recommend them anymore. If it had made warning noises, I might have reconsidered. About the only thing I missed was financial data. And that, friends, is a HORRIBLE thing to lose! But that’s my cross to bear.

Backups are now even higher on my list of automatic activities.

I’m pretty crappy about my phone and tablet. But then I don’t keep anything on either that is really critical. I might be sad about pictures, but then I really don’t take many.

And know this: FREE is probably not the best option when you’re talking critical info.

If it’s free today, maybe the makers will figure, at some time in the future, that nobody really cares about it, and POOF, it could be gone.  Pay for stuff to keep the makers supporting the product.

What are you looking for?